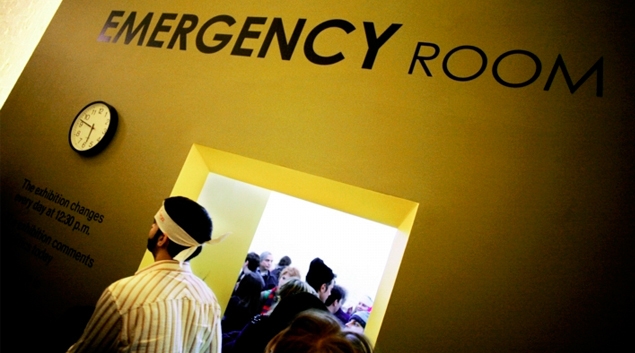 More than 10,000 uninsured patients sought care at Texas emergency departments for life-saving kidney dialysis in 2017, incurring more than $21.8 million in hospital costs, finds data from The University of Texas Health Science Center at Houston. It’s a common problem in emergency departments across the country.

The kidneys filter blood by removing waste and excess fluid. Patients with kidneys that no longer function require dialysis, where they are hooked up to a machine that purifies their blood. Each dialysis treatment takes an average of four hours three times a week.

For many uninsured patients, waiting until the need becomes life-threatening is the only option because regular treatment is not feasible. They go weeks without dialysis in some cases, and when they finally report to the hospital, it’s under dire circumstances — requiring care staff to divert resources to treat these patients.

This could shift time and resources away from other emergency patients, the analysis found.

Those in need of dialysis have the highest morbidity rate in any emergency department, the data showed.

At issue is the fact that treating patients only when severely sick is less cost effective than investing in a program that schedules such patients into a dialysis slot. Emergency rooms are being used as an acute care safety net for this population.

Some health systems, such as Harris Health System, have implemented solutions in the past decade to help connect uninsured patients with scheduled dialysis outside of the emergency department. For example, Harris Health’s Riverside Dialysis Center, a chronic dialysis unit, serves nearly 180 patients who would otherwise be receiving intermittent care through hospital emergency services.

Riverside recently began a new service offering patients peritoneal dialysis, which involves a surgery to place a catheter in the belly to run sterile cleansing fluid in and out of the abdominal cavity. After the initial surgery, the treatment can be done from home.

Emergent dialysis treatments are now half of what they used to be at the facility, down from 300 per month to 150.

Medicare spends approximately $35 billion annually on care for beneficiaries with end-stage renal disease, or kidney failure. That’s more than 7% of Medicare’s total paid claims. Over half a million people receive regular dialysis treatments to manage this condition, with treatment costs averaging about $85,000 a year, according to the study.

In the first three years of Medicaid expansion due to the Affordable Care Act, the number of patients with end-stage kidney disease who died within a year of starting dialysis decreased in states that expanded Medicaid, compared to non-expansion states, found research published in October 2018.